Is Rosslyn as mysterious and significant as The Da Vinci Code suggests? 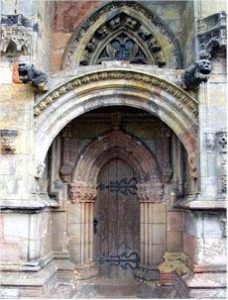 has sold in the millions. And Rosslyn Chapel in Scotland is where the climactic scenes are played out.

For most readers, Brown’s description of Rosslyn Chapel is as close as they will get to the Chapel, at least until May 2006, when the film version of The Da Vinci Code is released. Tom Hanks and the crew recently finished shooting at Rosslyn Chapel, so you can look forward to some great location shots. But what does a real visitor to Rosslyn Chapel feel? Is it as mysterious, overwhelming and significant as The Da Vinci Code suggests?

Last month I walked, in the footsteps of Langdon and Sophie, through that small wooden door with the simple oak sign, Roslin. The Chapel does have a dramatic setting, somewhat ruined at present because the Chapel is covered with a huge metal canopy, to let it dry out.

You have to remember that Rosslyn Chapel, built by Sir William St Clair in 1446 as the choir to a planned huge Catholic church (which was never completed), was stripped and totally neglected for over two hundred years when Scotland embraced Protestantism. So the fabric of the building is undergoing a huge renovation program to repair the damages caused by centuries of neglect.

Once inside, you’re immediately struck by the scale of the chapel. It’s somewhat smaller than your imagination probably painted it. Ornate doesn’t begin to describe the stonework and carvings, with every conceivable form of figure — devils, angels, crowns of thorns, stars, pyramids, roses, elephants, green men and patriarchs. If your tastes run to simple lines and minimalism, then this could be your worst nightmare. 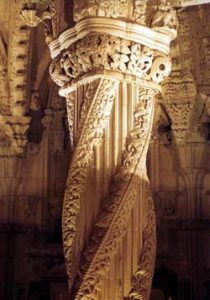 Is there a spiritual or religious experience? That depends on your concept of religion, I suppose. But it didn’t work for me. It reeks more of a temple to Freemasonry than to Christianity. If it were not for the mythology and legend surrounding it, you would regard Rosslyn Chapel as rather a quaint and over-elaborate folly. But the visitor who arrives steeped in the folklore of the Holy Grail, and with a well-thumbed copy of The Da Vinci Code in hand might well find what he or she has been expecting to find.

It is quite a lot of fun to watch all these multi-national visitors, many of them in their teens and twenties in their jeans and backpacks, excitedly pointing out the various well-known features amongst the pillars and carvings. Cameras flash all the time, and the cacophony of so many foreign tongues brings to mind the Tower of Babel. So if you’re the sort of person who would like some quiet time to take it all in, and to stand before each feature described in The Da Vinci Code and examine it in detail, then you might be disappointed.

The seasoned traveler who has stood in the great medieval cathedrals of Europe will probably be let down both in the scale of the interior and the lack of beauty and ambience of Rosslyn Chapel. It is a strange building, but more odd than mysterious. More eccentric than spiritual or religious. More bizarre than awe-inspiring. I found it emotionally cold and lacking in spiritual beauty.

Does Rosslyn Chapel satisfy our longing for mystery, intrigue, evil-doing, or centuries-long conspiracy as in The Da Vinci Code? It all depends on what you take into it. You’ll probably see what you want to see. It provoked in me no emotional response, no sense of reverence or inspiration. But then I regard The Da Vinci Code as sheer preposterous nonsense. Well crafted, but a plot basically lifted from other obscure and eccentric sources, riddled with errors and deliberate misrepresentation, stitched together with a calculating veneer of sophistication and romance. And ultimately The Da Vinci Code is deeply insulting and blasphemous to Christians, and to the Catholic Church in particular.

Is Rosslyn Chapel worth a visit? Well if you’re in Scotland at any time, it’s quite easy to find the Chapel. It’s only about an hour’s trip from the center of Edinburgh. But it does get very crowded. There were about 100,000 visitors in 2005, and this number is certain to swell after the movie opens.

I give the final words to someone who should know more about Rosslyn Chapel than Dan Brown. Dr. Andrew Sinclair, a descendant of the St Clairs who founded Rosslyn Chapel, recently condemned The Da Vinci Code as “preposterous, its message pernicious, its history a bungle and a muddle.” He added, “As far as I’m concerned, it’s a load of rubbish. It’s appalling. What it says about the Grail and Rosslyn is absolute invention.”

But I suspect that Tom Hanks and the Da Vinci Code movie will convince millions of gullible movie-goers to ignore the truth and to swallow the lies, distortions, and fabrications of Brown’s novel.

After all, we do so love a good conspiracy theory.

About the author:
As well as being a keen student of medieval history, Brendan Forde uses his 15 years in the IT industry to source and review information and software tools to guarantee new levels of internet marketing success. Read his reviews at internet marketing tools. 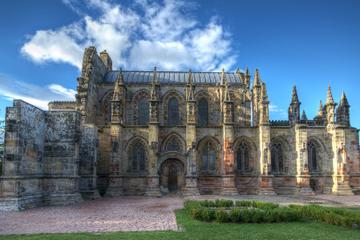